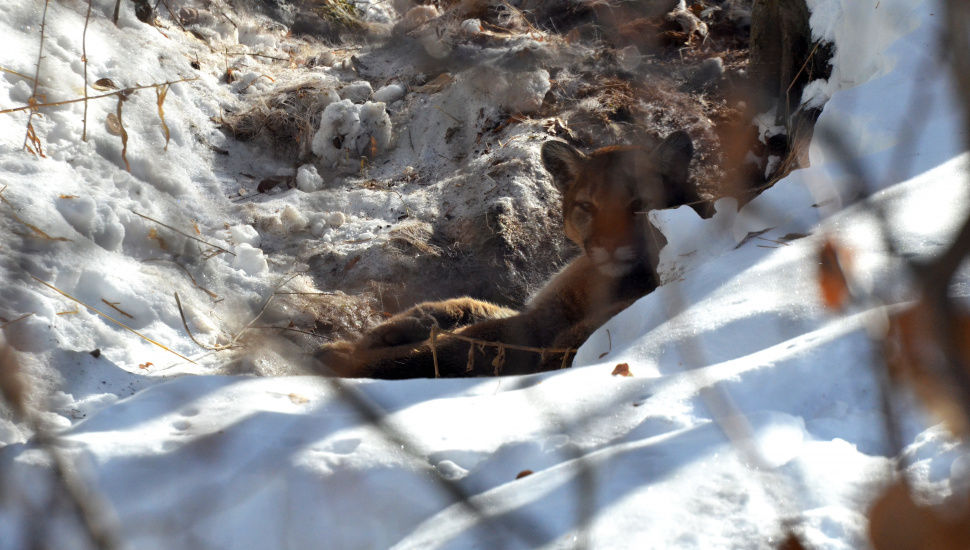 The Wood River Valley Wildlife Smart Communities Coalition recently announced the unveiling of a new website that will provide local residents and visitors with information on how to live safely with wildlife, including species commonly involved in conflict. between man and wildlife, such as mountain lions and black bears. The new website can be accessed at www.wrvwildlifesmart.org.

Mountain lions are commonly seen throughout the Wood River Valley

Human-wildlife conflict is characterized by any negative interaction between wildlife and humans. Most often, conflicts arise when growing human populations overlap wildlife habitats, creating competition for space and resources. These conflicts can take many forms, including loss of life or injury to humans and wildlife, or the depredation of livestock and domestic animals by wildlife.

Kaz Thea, Chairman of Hailey City Council, said: “This website is a great tool for residents and visitors to learn more about how to live with wildlife and how to take action to reduce conflict between man and wildlife. It’s both informative and educational, providing steps residents can take around their homes or on trails to reduce conflict that often ends badly for wildlife. I have been an active member of this group since its inception with the goal of helping our residents better understand how our actions and the actions of our pets can impact wildlife.

The Wildlife Smart Communities Coalition recognizes the importance of wildlife to the citizens of the Wood River Valley, the environment and the local economy, and is committed to working together to ensure wildlife remains wild, while ensuring the safety of residents, visitors, pets and wildlife.

“The Coalition is a partnership that gets things done,” said Mayor Neil Bradshaw. “I hope the community will benefit from the important information on the Wood River Valley Wildlife Smart Communities website. All the partners went beyond this project.

The Wildlife Smart Communities Coalition was born in 2019 after a long history of human-wildlife conflict throughout the Wood River Valley. Conflicts have focused on black bears becoming food conditioned after gaining access to residential garbage, sometimes resulting in bear being euthanized. The growing number of sightings and incidents with pumas, some of which have resulted in fatal attacks on pets, has also galvanized the need for a concerted effort to provide educational tools to the public.

“Often people are unaware that their actions can directly or indirectly lead to human-wildlife conflict,” according to Sierra Robatcek, regional wildlife biologist at Fish and Game, “our goal is to provide information in timely so that we can reduce conflict by asking residents to change their behavior to ensure their safety, as well as that of their pets and wildlife.

The design and development of the website was made possible by a grant from the Idaho Fish and Wildlife Foundation.

To improve disaster outcomes for people with disabilities in Africa, disaggregate data – world