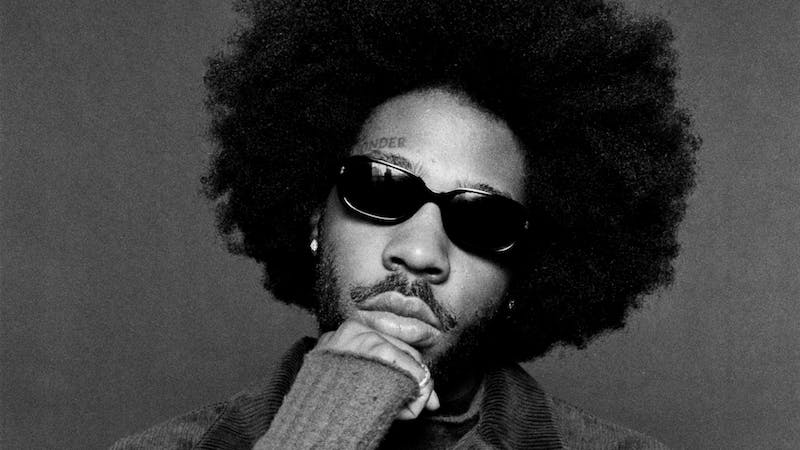 ‘WASTELAND’ is a Beautiful Cinematic Tragedy – The Cavalier Daily

Brent Faiyaz’s toxic lyrics have taken the world by storm since his breakthrough collaboration with Goldlink in 2016 – hint “Don’t act like I’m your man, you’re just a fan / You don’t have a rank.” While Faiyaz’s honesty and seductive harmonies prevailed in EPs such as “Fuck the World” and “Lost”, Faiyaz’s music took on a personality of its own. As explored in the opening track of “WASTELAND” – titled “VILLAIN’S THEME” – the 26-year-old Maryland native is well aware of his own destructive tendencies. Faiyaz has agreed to play the villain and “WASTELAND” is the perfect reflection of that.

Faiyaz’s soulful voice is the backbone of this album. True to Faiyaz’s style, “WASTELAND” relies on minimalist rhythms, proving that there is power in simplicity. Faiyaz is confident in his ability to use his voice as an instrument through pitch alterations and vocal layers. Her angelic voice serenades the listener, almost disguising the dark underlying meaning of her words.

“VILLAIN’S THEME” follows a conversation between Faiyaz and Jorja Smith as Faiyaz addresses his reputation. Faiyaz asserts that “toxic” is a superficial and overused “Twitter word”, to which Smith replies, “Shakespeare used it”. Smith then delivers the line, “The Taming of the Shrew”, referencing a Shakespearian tragicomedy and thus emphasizing the song’s themes of female submission, the danger of blind trust and economic inequality. in relationships. — each of the major contributors to Faiyaz’s toxic reputation. Faiyaz explores the meaning of the term “toxic” – commonly associated with the singer – through the repeating lines, “Shakespeare used it” and “It’s a Twitter word.”

“VILLIAN’S THEME” ends with a question summarizing the general theme of “WASTELAND” — “What use are your vices in your life? Faiyaz manages to redefine toxicity on the opening track as a “temporary euphoria” resulting from the need to escape the demands of fame and the music industry.

The lively tracklist is a spin of drugs, sex, and money that revolves around Faiyaz’s selfish personality. Lyrics such as “B––, you just ran Louis 13 over my McQueens” show his lack of empathy and his materialistic priority. His arrogance prevails as he sings, “I never said I was the best in the world / But I’m the best for you, girl.” It’s a confidence that likely stems from his first rise to fame, but Faiyaz maintains that all that glitters isn’t gold.

Faiyaz uses tracks like “PRICE OF FAME” –– which revisits the theme that money can’t buy happiness –– to parallel his love for money, women and the drugs that fame brings. It details the poisonous counterparts of success, delivering lines such as “They don’t wanna give you time to heal / They just wanna bleed you dry, for real” and “People are screaming your name / I swear that’s not That’s not all / The demands / That’s not all His emotionally intense voice is what tells this memoir of fame.

Plus, each featured artist brings their own unique voice to the table. As one of three tracks previously released on the disc, “GRAVITY,” featuring Tyler, The Creator stands out as an album highlight for its gripping beat and including the Grammy-winning artist. Each artist contributes in amazing ways with tracks like “FYTB,” featuring Joony, and “GHETTO GATSBY,” featuring Alicia Keys. Keys’ renowned R&B vocals match Faiyaz perfectly, while Joony adds refreshing Trap vocals that diversify the project.

“WASTELAND” differs from its previous album with its three standout sketches – short audio-only scenes – each of which provides a backstory to the themes of the project. “SKIT: OBLIVION” and “SKIT: EGOMANIAC” paint a vivid picture of Faiyaz’s infidelity and the neglect of his pregnant girlfriend.

“SKIT: WAKE UP CALL” is the project’s most shocking moment, opening with an alarming call from the mother of Faiyaz’s unborn child. The woman alludes to suicidal thoughts, after which listeners hear Faiyaz speeding through traffic while pleading with her not to put her child’s life in danger. The track, as the title suggests, presents an eye-opening experience for Faiyaz, who witnesses the consequences of his own indifference.

The final track opens with vibrant, soulful touches reminiscent of Stevie Wonder, which bring a bittersweet sense of reality to close the album. Titled “ANGEL,” Faiyaz contrasts the themes woven throughout “VILLAIN’S THEME,” which marks Faiyaz’s acceptance of his own self-destructive behaviors. After portraying the fallout from his own selfishness, Faiyaz breaks down his own ego, admitting, “I look in the mirror and see the worst parts of me.”

Faiyaz reflects on his tendency to use isolation as an escape, proposing that the woman he avoids — an “angel in disguise” — remains the only one who can bring him back to earth. After detailing Faiyaz’s internal struggle between idealism and pessimism, “ANGEL” provides a reality check, offering hope for Faiyaz’s ability to rely on positive distractions rather than vices.

If Faiyaz’s toxic mindset is what makes his music so distinctive, the relentless demands and fleeting fruits of his success are what caused his reliance on temporary evasions, leading to his often superficial lyricism. As Faiyaz struggles with confidence, vulnerability, and the pull between idealism and pessimism, he takes moments to reflect on reality and understand his own flaws.

“WASTELAND” is nothing short of a lucid Shakespearean tragedy, emphasizing the real effects of negative coping mechanisms and selfishness. Faiyaz admits his own toxicity, questions the meaning of the term itself, and attempts to reframe his notoriously superficial lyricism as clear, transparent, and real, cementing him as one of the most unfiltered lyricists in the R&B space.