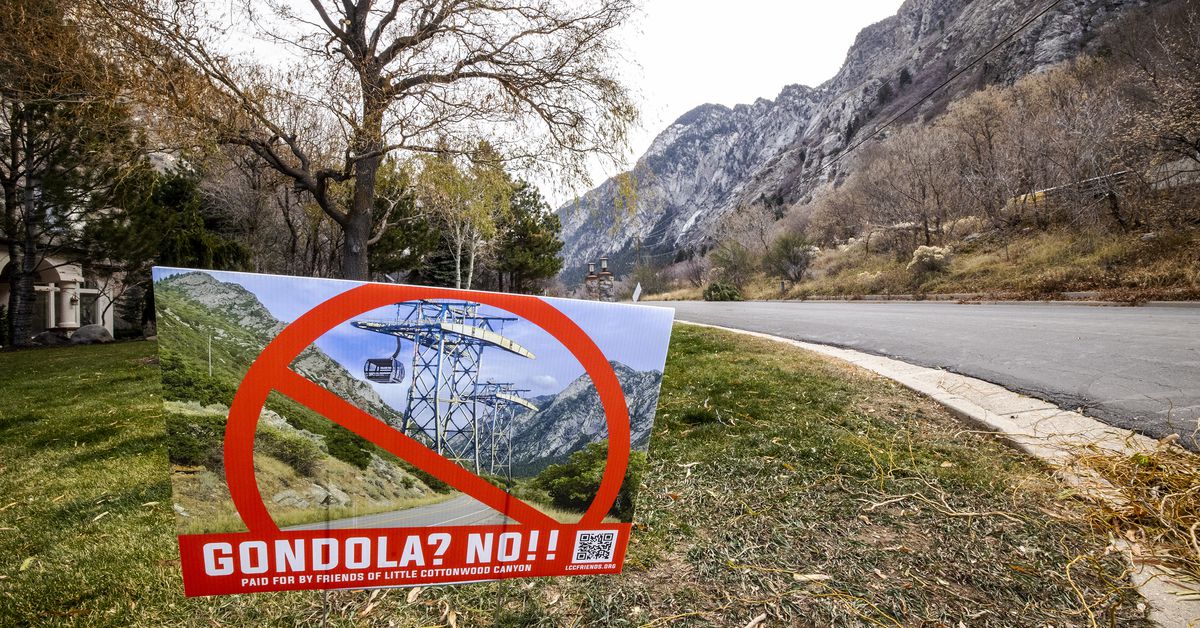 A gondola has certainly gained attention as a possible new way to transport skiers to some of Utah’s most popular ski resorts, but most locals prefer another solution.

Instead, most Utahns want an upgraded bus system to transport skiers, snowboarders, and others looking to recreate Little Cottonwood Canyon, which on powder days has been plagued by overflowing traffic. often in the areas of Sandy and Cottonwood Heights.

That’s according to a new Deseret News / Hinckley Institute of Politics poll, where 60% of those polled chose an improved bus system as their first choice, while 20% said they prefer the gondola.

About 10% said nothing should happen, while 9% chose â€œanother optionâ€.

The Utah Department of Transportation is currently evaluating the feasibility of two options: an 8-mile gondola that would take the public to Snowbird or Alta, or an improved bus system with a widened route.

Dan Jones & Associates conducted the survey of 739 registered voters in Utah from November 18 to 30. It has a margin of error of plus or minus 3.6 percentage points.

“Opposition to the cable car is growing”

The newly-elected mayor of one of Utah’s towns near the mouth of Little Cottonwood Canyon was not surprised by the poll’s results. Sandy’s mayor-elect Monica Zoltanski told Deseret News her election victory is proof of what residents of the Wasatch Front think about the gondola.

His opposition to the gondola has been a key issue in his campaign. Jim Bennett, who lost to Zoltanski by a slim margin, also spoke out against the gondola.

Support for what Zoltanski sees as more “common sense” solutions is evident among the 23% of respondents who said they wanted to see an improved bus system without widening the route, and the 32% who chose it as second choice. It’s an approach that was pioneered by several local leaders, including Salt Lake County Mayor Jenny Wilson and Zoltanski.

â€œUDOT needs to expand its reach and say, ‘How do we create amenities and amenities for Little Cottonwood Canyon.’ … For me, I don’t think we need to widen the road. I think that would be a mistake, â€Zoltanski told Deseret News.

Wilson recently explained his four-step approach to Little Cottonwood Canyon in a recent meeting with the Deseret News and KSL editorial boards:

Zoltanski said the price of the two options was at the root of his opposition, a sentiment supported by Craig Osterloh, a founding member of Friends of Little Cottonwood Canyon, a nonprofit that recently stood in opposition to the cable car.

â€œOur state has enormous financing needs. There’s public and higher education, state and national parks, improved roads, rural infrastructure – all of this needs money, and we’re going to spend $ 600 million on a gondola that benefits two private ski resorts? It’s a waste of taxpayers’ money and there are a lot of better things we should be funding, â€Osterloh said.

“No one will take the bus”

â€œIt’s just not that simple. And there is so much more involved in this whole process. That’s why it took us 30 years to hopefully come to a conclusion, â€said McCandless, who founded CW Management with former President of the State Senate Wayne Niederhauser.

The company is part of the Gondola Works coalition and owns the land near La Caille restaurant at the bottom of Little Cottonwood Canyon which is the proposed base station for the gondola.

McCandless believes disinformation may have swayed public opinion, whether it’s inflated estimates for the cost of the gondola or claims he will get rich from development, which he denies.

Of the more than 200 presentations McCandless has given on the gondola, “people will come in favor of the bus, and most will switch to the gondola at the end of the presentation because then they will be better informed,” he said. .

While the bus system may look appealing, McCandless said ridership is already low and the state is at risk of spending half a billion dollars on a transit system that no one will use.

â€œHow many people will actually take the bus? This question needs to be asked and answered, because if no one takes the bus … which I suspect is the case, then we haven’t solved anything, â€he said.

Regardless of the option, it’s clear the Utahns can’t stand to stand idly by. Only 10% said the state should do nothing, while 44% chose this as their last option.

With the public comment period over, the Utah Department of Transportation is sifting through a record 13,000 submissions before issuing a recommendation – most likely in late winter, early spring – to the Utah Legislature.

If UDOT stays on schedule, the legislature will vote to fund a recommendation in the 2023 session. However, lawmakers can vote against funding the recommendation, which could effectively send UDOT back to the drawing board.