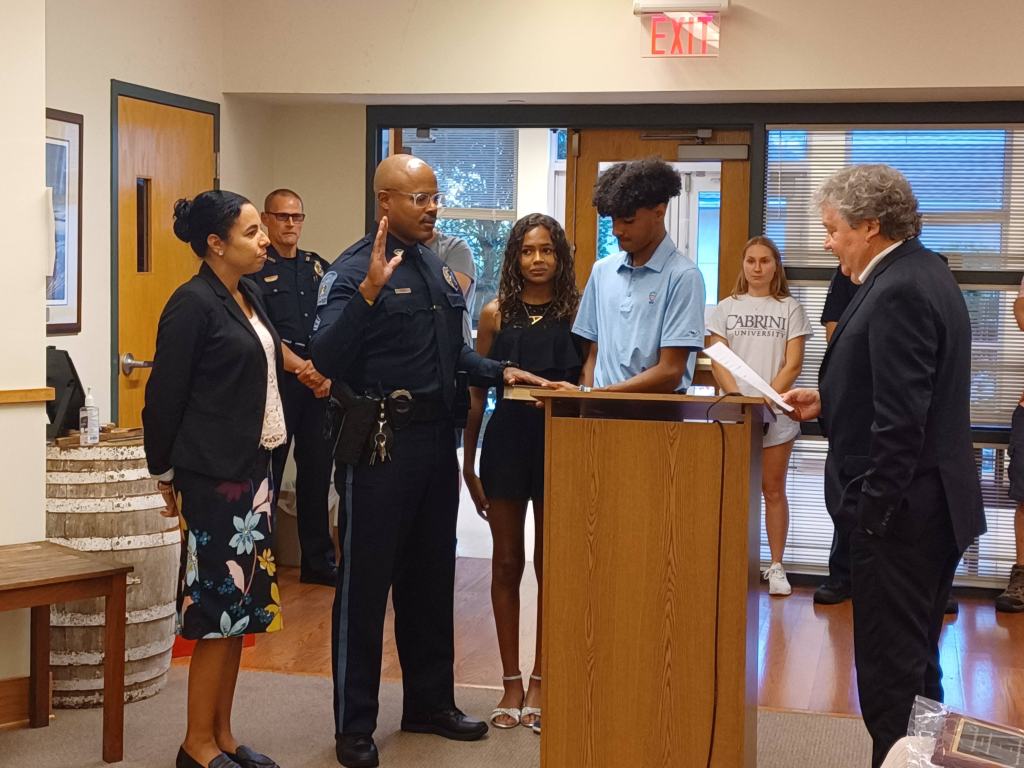 TOWAMENCIN – A longtime police station in Towamencin now has a new rank, and it’s the one it once held at times.

“His fellow police officers within our service, as well as those across the region, will tell you that he has certainly earned this, thanks to his hard work and dedicated service to the police department and the community,” said Chief of Police Tim Troxel.

“As a Highway Unit Officer, Travis earned a certification as an Accident Reconstructor, which he uses to investigate not only here in Towamencin, but throughout the North Penn area, as he is part of of the regional accident investigation team,” Troxel said.

Beginning in 2012, Wood qualified as a firearms trainer and has since qualified in defensive tactics, less lethal systems and de-escalation tactics, while also serving as a field training officer. for newcomers to the department, according to the chief. He also earned a master’s degree in homeland security from St. Joseph’s University, continued his training and professional development, and served as officer in charge and acting sergeant, while “earning both the respect and admiration from his peers, as well as several awards for meritorious service to the police department and its community,” Troxel said.

After receiving his oath from Chairman of Supervisors Chuck Wilson, Wood joked that he’d rather not speak, then explained why.

“I am grateful that this time has come. It was a lot of hard work. I’m more of a person who lets my work speak for what I do, so I hope to do a good job in the future, and everyone will appreciate and understand why I deserve to be in this position,” Wood said.

Wilson then added his thanks to Wood’s fellow officers who were on hand to show their support: “We can’t say thank you enough for all you do.”