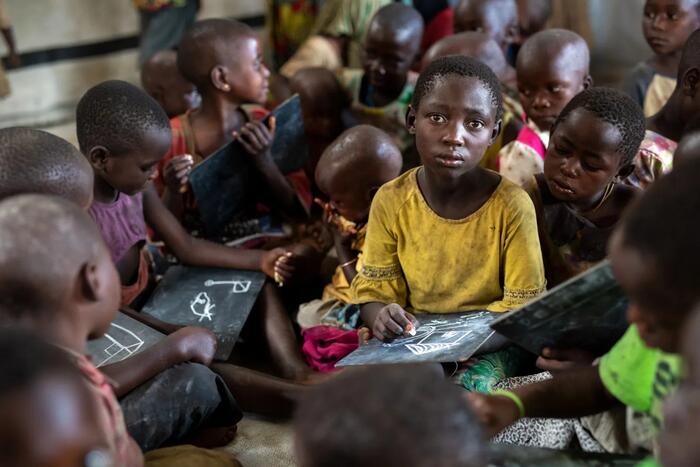 Statistics should never overshadow the individual suffering of children in armed conflict, “We must redouble our efforts to end grave violations” – World

The year 2021 has seen a deadly mix of escalating conflicts, military coups and takeovers, protracted and new conflicts, and breaches of international law, all of which have had a devastating impact on the protecting children around the world. Cross-border conflicts and inter-communal violence have also had an impact on the protection of children, particularly in the Lake Chad Basin and central Sahel regions, underlines the annual report of the United Nations Secretary-General on children and armed conflict published today.

At least 5,242 girls and 13,663 boys were victims of grave violations in 21 countries and one region, [1] the report covering the year 2021 shows it. At least 1,600 of these children have been victims of multiple violations. The report highlights a total of 23,982 verified grave violations against children [2]. The total number of serious violations remains similar to the number reported in 2020 and represents an average of approximately 65 violations per day. For 15% of these violations, the perpetrators could not be identified, which makes subsequent accountability extremely difficult. Killing and maiming of children was the most recorded grave violation, followed by recruitment and use of children and denial of humanitarian access.

“There are no words strong enough to describe the horrific conditions that children in armed conflict have endured. Those who survived will be affected for life by deep physical and emotional scars. But we must not let these numbers discourage our efforts. They should serve as an impetus to strengthen our resolve to end and prevent grave violations against children. This report is a call to action to intensify our work to better protect children in armed conflict and ensure they have a real chance to recover and thrive,” said the Special Representative. of the Secretary-General for Children and Armed Conflict, Virginia Gamba. .

Children have been most affected by grave violations in Afghanistan, the Democratic Republic of Congo (DRC), Israel and the occupied Palestinian territories, Somalia, Syria and Yemen. 8,070 children were killed or maimed, increasingly by explosive remnants of war, improvised explosive devices (IEDs) and mines, affecting some 2,257 children. Children continued to be recruited and used with 6,310 children affected; 3,945 incidents of denial of humanitarian access were verified. In some contexts, access and security constraints have hampered verification efforts for all grave violations.

“I urge all parties to the conflict, whether government forces or non-state armed groups, to immediately allow access to child protection experts and humanitarian actors to their vital work and to prioritize humanitarian access to children in armed conflict. Humanitarian professionals serving vulnerable and conflict-affected populations, including children, do extraordinary work, often at great risk to their safety and security. I warmly salute their courage and dedication. The international community must continue to support the work of child protection experts,” added the Special Representative.

Girls were increasingly affected by grave violations, accounting for up to 30% of all victims. The Lake Chad Basin region has seen a significant increase in the number of girls who are victims of grave violations. “Boys and girls often face different and evolving risks in conflict situations, and The gender dimensions of grave violations against children in armed conflict published by my office in May 2022 highlights the importance of better understanding the gender dimensions of child rights violations during armed conflict to inform our prevention and response strategies,” she stressed.

This year again, two violations have increased sharply: kidnappings and rape and other forms of sexual violence have both tragically increased by 20%. Attacks on schools and hospitals have also increased, compounded by the pandemic. The detention of children for their real or perceived association with parties to the conflict once again presented a grim figure, with at least 2,864 children deprived of their liberty, making them particularly vulnerable to torture, sexual violence and other abuses. “Detention of children should only be used as a last resort and for the shortest period possible, and age-appropriate alternatives to detention should be actively sought and reintegration support provided,” added Virginia Gamba. .

Progress must reflect our ambitions for children

Despite the heartbreaking numbers for 2021 contained in the report, significant progress has also been made in some contexts. A total of 12,214 children have been released from armed forces and groups in countries on the CAAC agenda, including Central African Republic, Colombia, DRC, Myanmar and Syria. The Special Representative recalls that children released from armed forces and groups must benefit from sustainable, holistic, gender- and age-sensitive reintegration support and calls on the international community to support the development of longer-term reintegration programs term for all children. In addition, United Nations engagement with parties to conflict has led to notable progress in some countries such as Nigeria, the Philippines, South Sudan and Yemen.

While positive steps have been recorded in some cases, other contexts have seen a worsening situation for children. Ethiopia, Mozambique and Ukraine have been added to the Secretary-General’s annual report as situations of concern, reflecting the dramatic impact of hostilities on children in these regions. In addition, the Secretary-General has called for enhanced monitoring of violations against children in the Central Sahel region, [3] similar to its request for the Lake Chad Basin region in 2020.

Prevention efforts, including the regional engagement for children and peace dialogues, have also resulted in progress for children. “Parties engaged in peace processes and discussions should consider integrating the rights and needs of children into their negotiations as well as into their final agreements, as this remains the only way to achieve lasting peace. The current truce in Yemen, for example, is a unique opportunity to ensure peace, security and the protection of children,” the Special Representative stressed. She recalls that the Practical advice for mediators to protect children in situations of armed conflict developed by his office remains a crucial tool in this regard.

“When peace disappears, children are the first to pay the price for this tragic loss. Peace must prevail as it is the only lasting way to end and prevent grave violations against children in armed conflict. In a world still impacted by the COVID-19 pandemic and plagued by resource scarcity and protracted and new crises, it is more critical than ever to act to protect our children and secure their better and safer future. This is our chance to make decisive changes to make peace last,” she pleaded.

[1] The number of children includes victims of the four individual violations: recruitment and use, killing and maiming, rape and other forms of sexual violence, and abduction. It does not include the number of children affected by incidents of attacks on schools and hospitals and denial of humanitarian access.

[2] The number of grave violations includes the number of children as well as incidents of attacks on schools and hospitals and denial of humanitarian access.

[3] Tri-border zone of the Sahel (Burkina Faso, Niger and Mali)

US Bureau of Labor Statistics