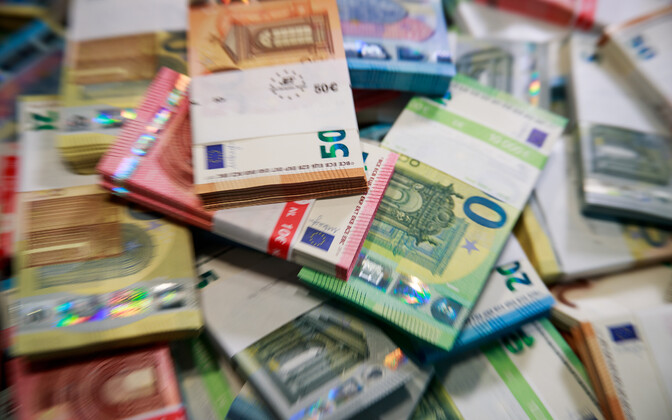 Statistics Estonia: How much are salaries in the most demanded sectors? | New

In a recent blog post published at the end of September, Statistics Estonia analyzed data from the Unemployment Insurance Fund and larger job posting portals and compared the wages offered in the job postings with the data submitted. to its salary comparison application.

It was found that there are large pay gaps between men and women and, in some occupations, large pay differences across the country.

Gender income disparities are particularly large in Estonia in Ida-Viru County, where unskilled women workers working full time may face wage poverty unless they have additional sources of income, according to the reports. data from Statistics Estonia.

One of the biggest pay gaps between men and women was in the IT industry.

â€œThe ads show that people are more often sought for occupations that are also very common according to the employment register, such as cleaning, sales and customer service personnel, drivers and laborers in various industries. There is also a great need for developers and a shortage of medical staff, â€wrote data researcher Kadri Rootalu on the Statistics Estonia blog.

When it comes to unskilled labor, there are many advertisements for cleaning staff. The proposed salary is generally presented in the form of an hourly rate and is between four and seven euros, depending on the complexity of the object.

Rootalu said data shows the median salary for cleaners in offices, hotels and other institutions was â‚¬ 627, with men being paid an average of â‚¬ 100 more than women.

The gender pay gap was particularly large in Ida-Viru County, where a man working as a full-time housekeeper earned an average gross salary of â‚¬ 796 and a woman of â‚¬ 580.

As the relative poverty line was â‚¬ 611 per family member in 2019, such a salary means that in the absence of additional income, an average woman living alone and working as a cleaner in Ida County- Viru faces poverty.

There are also many announcements for builders. Salaries offered in job offers range from â‚¬ 650 to â‚¬ 3,000, depending on the complexity of the work performed.

According to salary data, the median salary for builders in general construction was â‚¬ 939. The wages of unskilled workers in building construction were lower than this, remaining below â‚¬ 800, but, for example, the wages of construction supervisors were much higher at â‚¬ 1,762.

Rootalu said large regional differences have been observed. In Harju and Jarva counties, for example, the median salary for construction foremen is around â‚¬ 2,000.

Workers and specialists are also in great demand in the timber industry.

In job advertisements, salaries in this field generally range from â‚¬ 800 to â‚¬ 2,000. According to salary data, the median salary for woodworking machine tool setters and operators is â‚¬ 1,287, with the highest salaries recorded in Tartu County.

In general, according to Rootalu, the difference between the salaries of men and women in this position is at the average level in Estonia, with men earning on average â‚¬ 200 more than women.

The analyst said that there is an abundance of job vacancies for welders, but large differences have been recorded in the wages offered in the ads in Estonia.

While in Ida-Viru County welders are wanted for a salary of â‚¬ 1,000, in Harju and Rapla counties, bids exceeding this figure by several times are not uncommon. According to the salary demand, the median salary of welders in Estonia is â‚¬ 1,415.

Truckers are also highly sought after in advertisements. The salaries offered to them are around â‚¬ 1,500, which is significantly higher than the median salary of â‚¬ 950 indicated in the salary request.

Tailors and chefs can find better wages on the islands

When it comes to jobs predominantly held by women, there are many job offers for tailors. Salary offers start from the minimum wage and rarely exceed â‚¬ 1,000, in most cases the salary is calculated piecemeal.

There is also a strong demand for chefs and assistant chefs, possibly due to the easing of restrictions on catering establishments.

Senior chefs are offered higher salaries, but they do not yet reach 2,000 â‚¬. The median salary for chefs in the second quarter of 2021 was â‚¬ 811. The highest wages were in Harju and Tartu counties and on Saaremaa Island. The median salary of chefs was slightly over â‚¬ 1,000.

The salaries offered start at â‚¬ 600 and the highest salaries are around â‚¬ 1,000. Only a few regions also have higher wage offers.

Rootalu said that many advertisements separately mention performance-based bonuses. The median salary of salespeople was â‚¬ 813; however, there is a large gap between the salaries of men and women in this post, which reaches 31 per cent in all of Estonia and is at least 20 per cent in all counties.

As salespeople, men earn on average â‚¬ 358 more than women.

The best specialists have the highest salaries

Due to the pandemic, the shortage of nurses has become particularly acute both in Estonia and in its neighboring countries.

Salaries in job offers range from â‚¬ 1,300 to â‚¬ 2,000. They are slightly lower than the median salary of the best nursing professionals according to the application, which is â‚¬ 1,914.

Rootalu said that there is also a serious shortage of manpower among the best specialist developers. The advertisements of these specialists are often in English on job portals, and very rarely include the proposed salary. According to the data researcher, this may be because in addition to the regular salary, there are other ways to motivate employees in many companies, for example in the form of options.

In the salary application, this type of job is found mainly in three occupational groups: software developers, web and multimedia developers and application programmers. Of these, software developers had the highest median salary of â‚¬ 3,300. There was also a fairly large pay gap in this group, with men earning over â‚¬ 700 more than women.

Software developers are followed by programmers in terms of compensation with a median salary of â‚¬ 2,366. Among programmers, the share of women was slightly higher at 16 percent. There was roughly the same proportion of women among web and multimedia developers. The total median salary for this occupational group was â‚¬ 1,975, and the difference between the salaries of men and women was smallest, at 8%.

5 reasons to be careful with online payday loans

China’s GDP in Q3: China’s economy is weighed down by energy, maritime and real estate crises