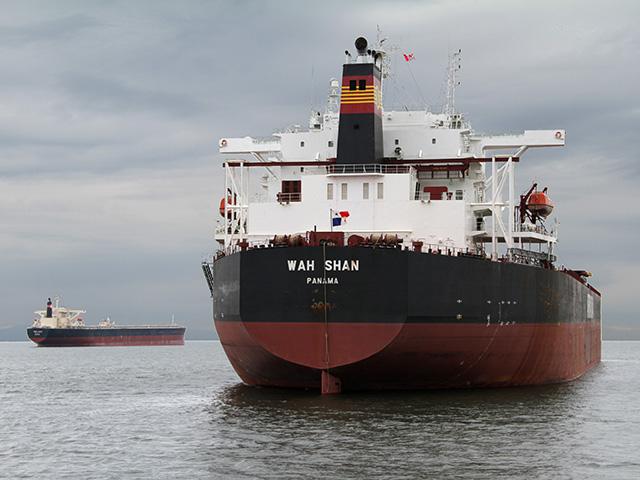 Mustard exports in November totaled 9,237 mt, the highest volume shipped in six months, although the smallest November shipments in 10 years. Cumulative exports total 33,048 mt, down 5.5% from last year and 13.2% below the five-year average. Cumulative exports for 2021-2022 have reached 47.2% of AAFC’s forecast of 70,000 mt, well ahead of the sustained pace required to meet these forecasts.

November canary seed exports totaled 13,871 mt, the highest volume shipped in six months. According to reports, 39.5% or 5,446 mt of this volume was shipped to Mexico and this is the largest monthly volume shipped to Mexico in just over 10 years. Cumulative exports total 43,209 mt, down 19% from last year and 15% below the five-year average. This volume reached 36% of AAFC’s current export forecast of 120,000 mt, slightly ahead of the pace needed to reach this forecast.

Canada’s wheat exports (excluding durum) totaled 919,756 mt, a slight increase from the previous month, but still near the smallest monthly volume shipped since December 2014 that was reported for October. The largest volume shipped was 162,881 mt, which can be considered a traditional activity to Japan, while 117,385 mt was shipped to Indonesia. Cumulative shipments at the end of November totaled 4.437 mmt, down 36.7% from the same period last year, while AAFC forecasts exports to fall 32% year over year . The current pace of exports is behind the sustained pace needed to achieve this forecast.

Durum wheat exports for November were reported at 220,871 mt, the smallest volume shipped in 14 months. Data shows 34.5% were shipped to Italy, the largest destination this month, while 25.6% were shipped to Morocco. In the first four months of the crop year, 1.111 mmt were shipped, down 35.5% from the same period in 2020-2021, while AAFC predicts that exports will fall by 60% of a year to year. Cumulative exports are well ahead of the sustained pace needed to meet the current forecast of export demand.

Barley exports in November totaled 308,719 mt, down sharply from the 611,287 mt shipped in October. China remains the top destination, with 91% of the total volume shipped to this country. Although the official production estimate is 35.3% lower than the previous year, the cumulative exports over four months are 9.9% higher than the same period of the 2020-21 crop year, while the government currently predicts a decline in exports of 50.8% in 2021-22, a forecast that also includes the export of barley products. Barley exports remain well above the sustained pace needed to reach this forecast.

Statistics Canada reports that Canada’s soybean exports stood at 966,573 mt in November, down slightly from the volume shipped in October and close to the largest monthly exports seen since November 2018, when 1.5 mmt were shipped during the month. Exports were spread across several countries, with the top 10 destinations shipping around 80% of the product by value. By a narrow margin, the largest volume of 105,436 mt was shipped to China in November, the largest volume shipped to China in 11 months. In the first three months of the row crop year, exports total 2,044 mmt, up 5.7% from the same period last year, as AAFC forecasts exports to fall by 7% year to year to reach 4.2 mmt. In data for the first 25% of the crop year, exports reached 49% of this target, well ahead of the sustained pace needed to meet this forecast.

Maize exports in November were reported at 177,401 mt, the highest volume shipped in five months. Of this volume, 76% was shipped to Ireland and the UK. In the first three months of the row crop year, exports total 267,104 mt, up 18.6% from the same period of the previous crop year, while AAFC forecasts an increase of 6.2 % year over year to reach 1.5 mmt.

Corn imports in November totaled 570,414 mt, up sharply from the previous month and constitute the largest monthly volume ever imported. This figure was over 500,000 mt for the first time since July 2003. During the three months of the crop year, imports total 993,736 mt, on track to reach the current forecast of 3 mmt although if this pace continues. continues, corn imports will be significantly higher than currently expected.

Canola oil exports were reported at 193,955 mt in November, the lowest volume shipped in three months. Four-month cumulative exports total 838,459 mt, down 20% from the same period last crop year and 22% from the three-year average.

Soybean meal exports totaled 368,409 mt in November, the lowest volume shipped in three months. So far this year 1.581 mmt have been exported, down 6% from the same period of the previous crop year and 1.1% below the three-year average.

Cliff Jamieson can be reached at [email protected]