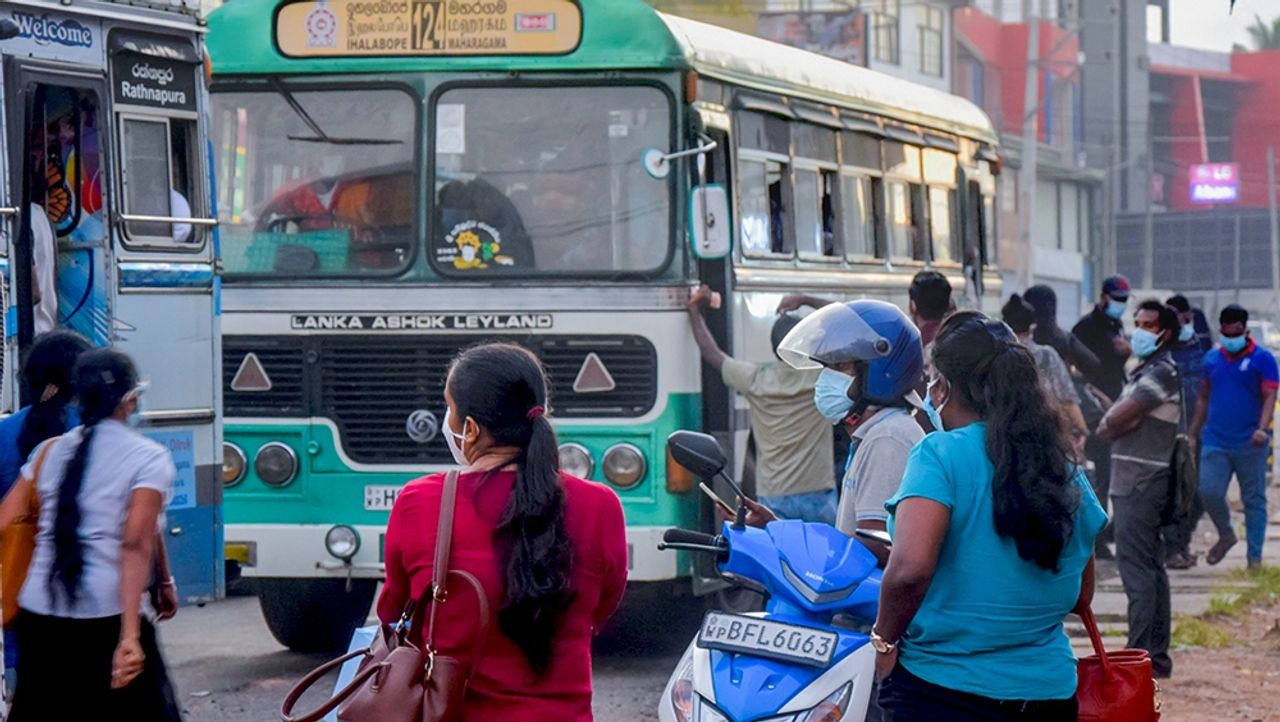 The government of President Gotabhaya Rajapakse, which claims COVID-19 has been brought under control nationally, is quickly abandoning public health measures to limit the spread of the virus. Medical experts have warned, however, that the government’s actions pave the way for a resurgence in infections.

While Colombo reluctantly imposed a lockdown on August 21 in response to the Delta variant’s rapid spread across the island, it quickly lifted that baseline measure after six weeks on October 1.

Primary education sections of about half of Sri Lanka’s schools reopened on October 21.

President Rajapakse told a meeting of the COVID-19 Prevention Committee yesterday that principals should be informed that “the process of reopening schools [had] to be implemented quickly.

As in other countries, the Rajapakse government is implementing the murderous policy of “collective immunity” and calls on the population to “live with the coronavirus” as the “new normal”. As a result, the Delta variant quickly spread across the country and claimed thousands of lives.

Sri Lankan health officials reported 540 cases and 22 deaths on Wednesday, bringing the overall total of cases in Sri Lanka since the start of the pandemic to 538,860 and deaths to 13,696.

On Tuesday, the president of the Sri Lanka Medical Association, Dr Padma Gunaratne, sent a letter to President Rajapakse warning him of the dangerous situation.

“The lessons learned from recent epidemics in countries like the UK, Singapore and Israel,” she said, “force Sri Lanka to believe that another wave is imminent, especially in a situation where the movement restriction has been lifted ”,

Gunaratne warned: “Another wave of infections will be extremely damaging to the health and economy of the country. “

In order to justify its easing of health security measures related to COVID-19, Colombo seeks to artificially create lower official statistics on infections and deaths.

In June, around 20,000 PCR (polymerase chain reaction) tests were performed per day. Daily tests have now been reduced to 5,000. The government has systematically ignored calls for medical experts for routine PCR tests on 40,000 people a day.

Village officers were also empowered to release the bodies of those who die in their homes without doing a PCR test. In other words, the official daily counts of COVID-19 deaths may not include many of those who died at home.

Yesterday, RSD Bandara, an expert from the Sri Lanka Epidemiology Unit for Anuradhapura District, told media that around 2,500 cases have been reported in that region since October 1. The Padaviya Konketioyava school, which is in the district, also reported yesterday that four students tested positive for the infection.

At the technology faculty of Ruhuna University of Technology in the south of the island, 30 students were found infected after 170 underwent antigen testing. Dozens of cases were also recorded this week in Badulla, Passara, Minuwangoda and Kuliyapitiya. These reports indicate that the virus is present in many parts of the country and expose the government’s fraudulent claims in the media that the pandemic is under control.

These statements are totally hypocritical. The uncontrolled spread of COVID-19 in Sri Lanka is the direct responsibility of the government which has dangerously reopened the country without proper health security measures in public transport, factories, schools and other busy places.

The reopening of schools and other facilities by the government is driven by demands from big business that nothing be allowed to hinder profit making. The ruling class sees school closures and protected children at home as an obstacle to returning workers to the workplace.

The reckless reopening of schools underway internationally is producing disastrous results. In the United States alone, more than 100,000 students are infected with this policy every week.

Sri Lankan Family Health Bureau specialist Kapila Jayaratne told media on October 8 that there have been a total of 59,000 children infected since the start of the pandemic, with 67 deaths so far, including 13 at home.

On October 13, consulting physician Dr Waruna Gunatilleka said long-term COVID infections would generate a “public health crisis” in Sri Lanka and that between 10 and 30% of those infected would suffer debilitating effects in the long run. term of the virus.

A recent COVID-long report by Dr Chandima Jeewandara, director of the cell biology department at Sri Jayawardenepura University also found that 15% of coronavirus patients are said to experience mental stress, 1.5% muscle pain and 7 % of other symptoms.

The “living with COVID” policies of the Rajapakse government and its international counterparts will ensure that this human tragedy continues, resulting in many more deaths. As medical specialists around the world have shown, a scientific strategy is needed to eliminate COVID-19.

World-renowned health experts participated in the October 24 webinar hosted by the World Socialist Website and the International Alliance of Workers of Grassroots Committees (IWA-RFC). They told the international public that the fight to end the pandemic must involve vaccination of the world’s population combined with nationwide shutdowns and strict public health measures.

WSWS Editorial Board Chairman David North explained in his opening remarks: “The only effective strategy is one based on a coordinated global campaign to eliminate the virus on every continent, in every region and in every region. each country. There is no effective national solution to this pandemic. Humanity – people of all races, ethnicities and nationalities – must face and overcome this challenge through a vast, collective and truly selfless global effort. “

COVID-19 can be eliminated.

We have assembled a panel of scientists to explain how.