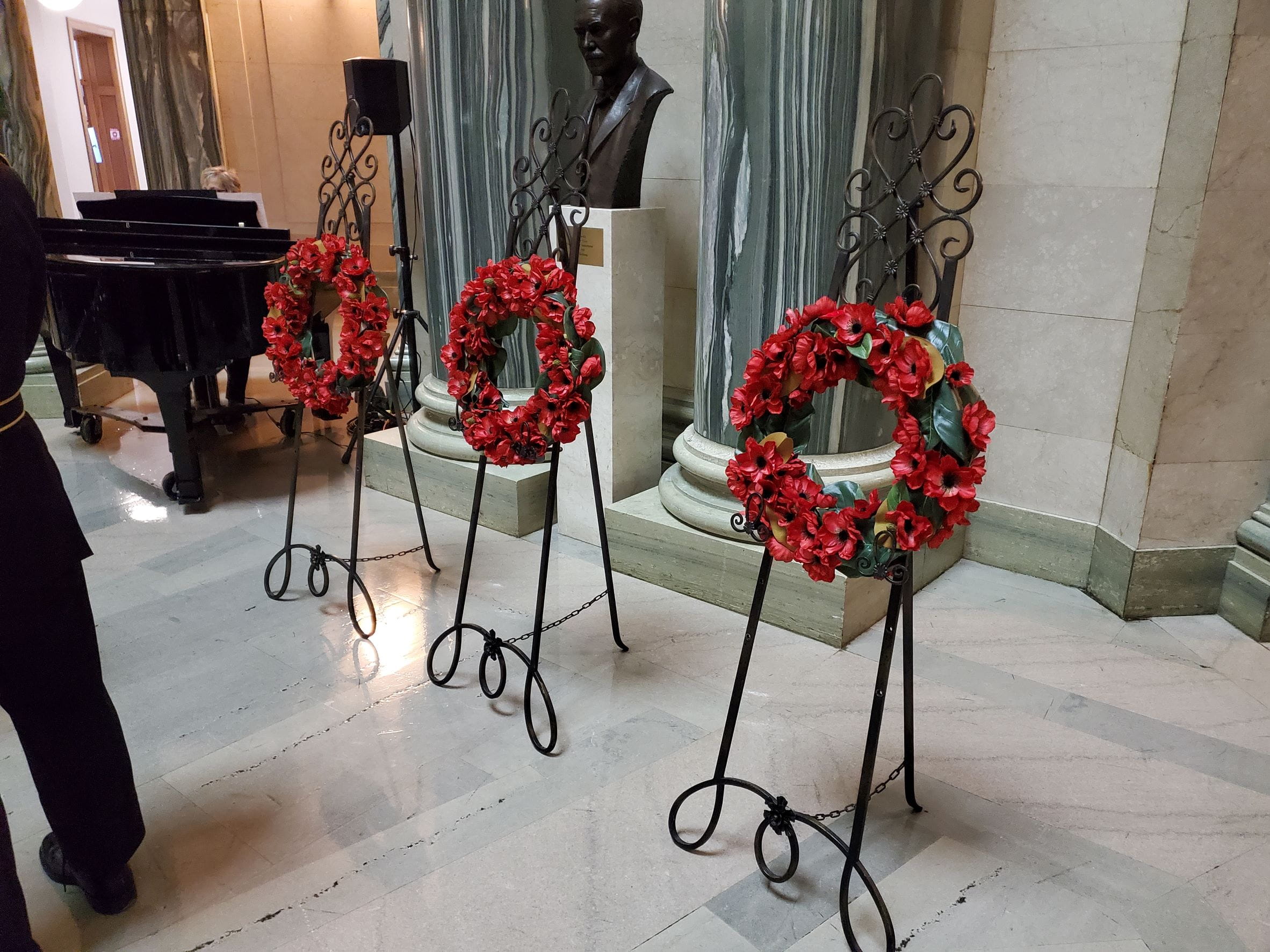 This morning, Prime Minister Scott Moe joined dignitaries, members of the Canadian Armed Forces, veterans and public servants for the annual Public Service Remembrance Service, honoring those who served and those who gave their lives in times of war. The year 2022 marks the 80th anniversary of the Dieppe Raid, where Canadian forces joined with allies in a battle against the German-occupied port of Dieppe in northern France during World War II.

“Today we honor those who have served and continue to serve our country,” Moe said. “This service shows our commitment to never forget those who fought and are still fighting for our freedom and safety. For them, we are eternally grateful.”

The service was held in the rotunda of the Legislative Building. After the service, the Prime Minister laid a wreath at the Saskatchewan War Memorial located west of the Legislative Building on Memorial Way. The memorial lists the names of fallen Saskatchewan soldiers during World Wars I and II, the Korean War, peacetime and peacekeeping operations, and the war in Afghanistan.