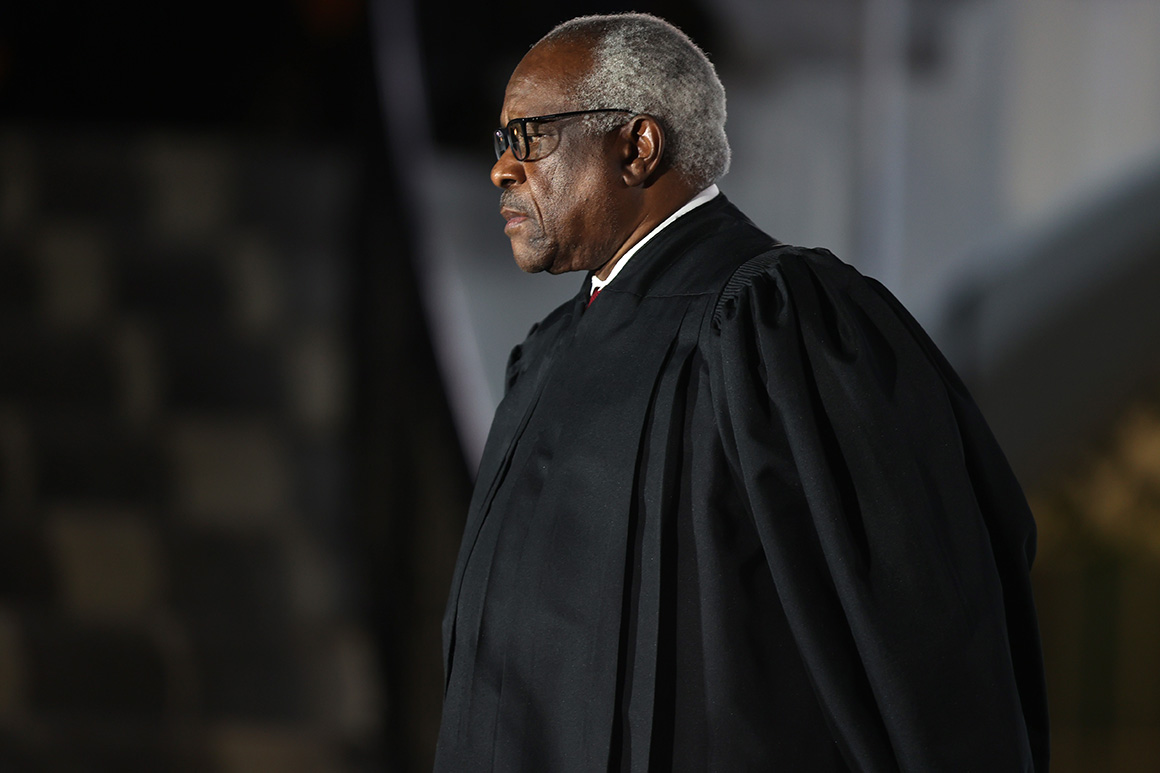 GWU said in June it would keep Justice Clarence Thomas as an instructor for its constitutional law seminar despite the backlash following the court’s abortion ruling. | Tasos Katopodis/Getty Images

Supreme Court Justice Clarence Thomas is not listed as an instructor for any courses on the George Washington University Law School website, where he has taught since 2011, a removal that follows the controversial decision of the High Court reversing decades of precedent protecting a national right to access abortion. .

Thomas, among the five justices who voted to overturn the precedent set by Roe vs. Wade in 1973, also wrote a concurring opinion suggesting that the court should also review other precedents, including those allowing Americans access to contraception, same-sex marriage, and same-sex relationships. His role in the decision prompted a GWU student to start a petition signed by 11,300 people calling for Thomas to be removed from teaching at the university.

In an email obtained by GWU student newspaper, The Hatchet, Thomas’ co-instructor said Justice informed him he would not be available to teach this semester.