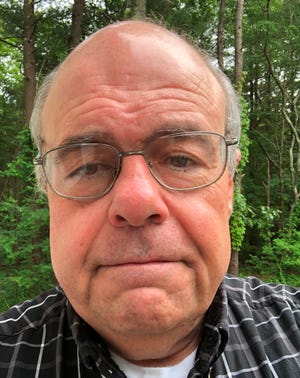 Today we have become a society obsessed with ranking every event, from the obscure to the important. And in keeping with this trend is the ubiquity of polls on virtually every subject imaginable.

So, in an effort to comply, I suggest the following test as a column where you, the person reading this column (how are you, by the way), are asked to rank the following people encountered in everyday life – can -being a bit like yours – by their level of rudeness.

There will be three examples, and you, the person reading this column (unless you have already moved on due to the winding preamble) will be asked to rate them one through three, one being the coarsest, the second being the next coarser, and the third being the less coarse.

You are asked to put yourself in the role of rude in each excerpt and judge for yourself which of the rudiments is the most obnoxious.

· A man stands in the aisle of the supermarket, contemplating various brands of fruit wraps. He buys fruit wraps as a gift, so he wants to make sure to buy a fruit wrap product that is as thin as possible. This involves studying the packaging to determine not only the different flavors on offer, but whether natural ingredients are used, whether the product contains sugar or, saints we preserve, high fructose corn syrup. A woman walks up the aisle behind the contemplative man and says, in a tone of imperial indignation: “I am trying to get out of this,” her argument being that the man lost in the reverie of rolled fruit bars his way. This is not true, however. The man does not have a cart. There is plenty of room for the woman to pass.

· A man walks into a neighborhood convenience store. He’s always on the lookout for fruit wraps to give as a gift. He goes through the fairly ample display of various markings on the wall. He is impressed. He selects a brand that claims to be made from real fruit juice. He pays the young lady behind the counter, while humming the Carpenters’ Top of the World. He walks towards the door to make his exit. He pushes the door open and enters the outside world, but before releasing the door, he notices that another man is approaching. The humming man holds the door open for the second man. Rather than the “thank you” that the buzzing man holding the door expects, the second man responds instead with a look of sullen hostility.

· A man drives to leave fruit wraps on a colleague’s desk as a gift. It is traveling at 40 mph on a road where the speed limit is clearly indicated by prominent 35 mph signage. Although the man exceeds the posted speed limit of 5 mph in violation of state law, that is not enough for the impatient man driving behind him. The two-lane north-south motorway is also marked with no-overtaking signs. The impatient driver waits for the first opportunity for traffic to clear the opposite lane and roar past the first driver, exceeding the posted speed limit of 40 mph. It circles a curve and disappears from view. Moments later, however, the driver carrying the fruit rolls parks behind the impatient driver, whose quest to break through the sound barrier was interrupted by a red light.

Now it’s up to you, the person reading this column (if you stayed), to classify the rude.

If you didn’t stay, it’s rude.

This is a classic column. Not because it’s necessarily good. It appeared in an earlier publication.

Statistics are piling up in favor of Verstappen