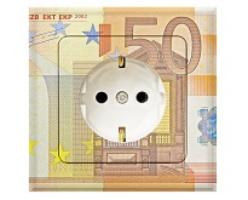 In the second half of 2021, average electricity prices for households in the EU rose sharply compared to the same period of 2020 (€21.3 per 100 kWh), to stand at €23.7 per 100 kWh. Average gas prices in the EU also increased compared to the same period of 2020 (from €7.0 per 100 kWh) to €7.8 per 100 kWh in the second half of 2021. More recently, wholesale prices electricity and gas have increased significantly in the EU. Energy and supply costs, caused by several economic factors, are mainly responsible for the increase.

Taxes and levies accounted for 36% of electricity bills billed to households in the EU in the second half of 2021. For gas bills, the corresponding share was 30%. There were no significant changes in this price component compared to a year ago.

This information comes from data on electricity and gas prices recently published by Eurostat. The article presents some findings from the more detailed Statistics Explained articles on electricity prices and natural gas prices.

Electricity prices have increased in all but two Member States

To contact us, please visit our user support page.

Get the royal treatment with Magic PR’s New